Concorso D’Eleganza Villa D’Este is a VIP annual event in Italy that draws millionaires and billionaires to see some of the world’s rarest and most valuable historic cars. The Concorso d’Eleganza, is hosted every year by grand hotel, Villa d’Este on the shores of Lake Como.

What is Concorso d’Eleganza Villa d’Este?

Concorso d’Eleganza Villa d’Este is one of the top annual classic events for classic and vintage cars in Italy, Europe.

It takes place in the second half of May, near the Villa d’Este hotel in Cernobbio, on the western shore of Lake Como. Visitors can see about fifty cars, built between the 1920s and the 1970s. Also, car makers take advantage of the event to showcase some of their upcoming models. The event has been organized by BMW Group and the Villa d’Este hotel for the last ten years. The Selecting Committee will choose the most exceptional automotive masterpieces before they are judged by the panel of Jury members.

The focus on preservation, design, originality, and the spirit of nobility bring together the most important and beautiful cars from all over the world. The cars are organized in different categories and an exclusive panel of experts judges the cars to select the Best of Show prize, the BMW Group Trophy.

This trophy is reserved for an extraordinary automobile. The Coppa d’Oro Villa d’Este is the most traditional prize of the Concorso and the award is decided by a public vote at the Villa d’Este.

A prize awarded to the contemporary Concept Car was introduced in 2002 and this prize has been a regular feature of the Concorso d’Eleganza Villa d’Este since then. The trophy creates a link between the glorious past and the exciting future of the automobile.

The spectacular success of the Concorso has been largely empowered by the partnership of the BMW Group as the organiser of this event since 2005. This competition also goes back to roots of the Concorso when designers and automobile companies presented their latest automobiles to the public. About 10 to 12 Concept Cars & Prototypes are showcased here. Some of them make their world debut during their days at Lake Como and the winner of the award is elected by public vote at the Villa Erba on Sunday. 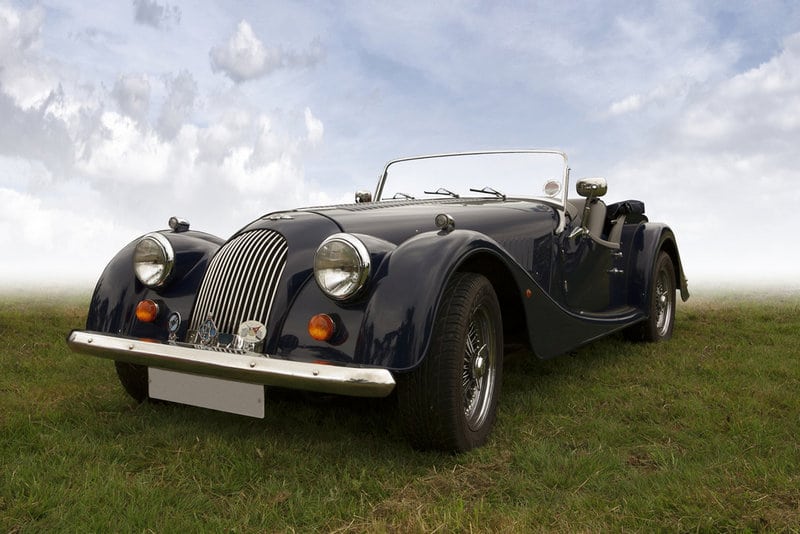 This event is a remarkable experience because of the atmosphere, the gardens of Villa d’Este and the view of Lake Como.

It was first held in Cernobbio near Lake Como in Italy on the 1st of September 1929. It has been more than 90 years from the first time this event took place.

From May 24-26th, 2018, the Concorso d’Eleganza Villa d’Este gathers classic automobile and historic motorcycle enthusiasts from all around the world each year as they watch the participating cars and their owners compete for the significant and most sought-after “Trofeo BMW Group” prizes.

The Grand Hotel Villa d’Este will once again host one of the world’s most prestigious heritage events for historic vehicles from Friday 20th to Sunday 22nd May 2022.

Owners of vintage and historic cars and motorcycles may enter the competition in several classes to compete for trophies and awards. The public at Villa d’Este are really important as they reward participants with applause and cast their votes.

Who may especially like visiting such kind of event?

Visitors of the Concorso d’Eleganza Villa d’Este imbibe an air of authentic aristocracy and have a passion for cars.

How can you book tickets?

Registration closes in January and only top cars are invited to attend. Tickets are on sale on the official website for The Concorso d’Eleganza Villa d’Este.

The Grand Hotel Villa d’Este is one of the best 5-star hotels in Italy. It is the perfect place to stay especially if you attend this event. The whole complex is located in Cernobbio, on the shores of Lake Como, and hosts wealthy visitors and world-famous celebrities.

How do Concorso D’Eleganza Villa D’Este visitors usually get to the event? Which airport is the closest to the location?

The nearest airport to Lake Como is Milan Bergamo Airport (BGY) which is 51.1 km away. Other nearby airports include Milan Malpensa (MXP) (60 km) and Milan Linate (LIN) (60.8 km).

Why fly to Concorso D’Eleganza Villa D’Este 2022 with Aerojet Me?

The best way to travel to Concorso D’Eleganza Villa D’Este with unique comfort and the highest quality service is by chartering a private jet at Aerojet Me– a leading private jet company. Luxurious flights to Italy are easy with AeroJet Me. We show our dedication by offering a single advisor per client. The advisor will plan your flight and book the hotel or restaurant of your choice. We can pick you up from your preferred location to arrive to the flight terminal. Our team of experts is available 24/7 and you can decide your own flight itinerary. Whether you want the most luxurious VIP experience , we got you covered. AeroJet Me provides all types of private jet charters.